8. Seeking Excellence: Are You All You Can Be? 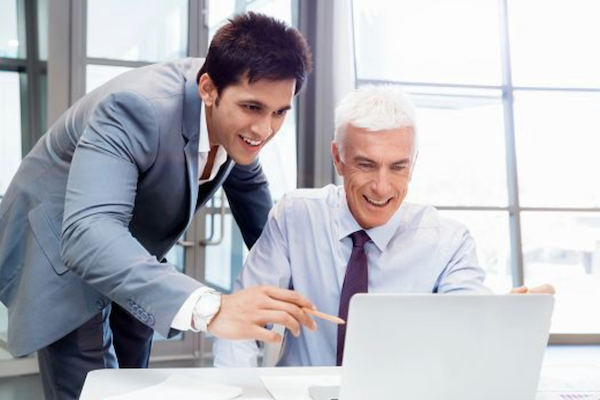 Seeking excellence builds trust because it indicates a person’s level of self-management. Whether we realize it or not, we gain or lose trust in and with others based on their commitment to mediocrity or excellence…

Seeking Excellence is an indication of your self-management and commitment to excellence. Mediocrity is so common we are impressed when someone seeks excellence. That person is a leader, has presence, and is accepted as someone we can count on. Advice: purposely determine to excel in all things.

Abraham Lincoln and Martin Luther King Jr. are just a few of the people we trust and admire even long after they are gone. They have left an unforgettable and powerful legacy of nobility and trust. Why is seeking excellence one of the eight values that builds trust? Seeking excellence is just as important as the other seven: straightforwardness, honesty, disclosure, receptivity, respect, follow through on commitments and recognition.

Seeking excellence builds trust because it is a great indicator of a person’s self-management and whether we realize it or not, that matters to us and impacts our confidence in others. Ever go to a restaurant where the waiter or waitress has greasy hair, ragged fingernails or a wrinkled uniform and feel uneasy about the quality of service or food you receive? We gain or lose trust in others based on their commitment to mediocrity or excellence.

Recently, a department store interviewed their customers and discovered the greatest deterrent to their reputation and impact on their sales was not a lack of advertisement, fair pricing or large selection, it was the gum on the sidewalk in front of their doors and the quality of their entrance lighting. By failing to seek excellence in the small things, they broke trust. Mediocrity is so common we are impressed when someone seeks excellence. That person is a leader, has presence, and is accepted as someone we can count on. A person seeking excellence has purposely chosen to do so.

Recently, I spoke with a woman who said that every day when she dropped her daughter off at school she greeted each person she saw with warmth, friendliness and courtesy, including a woman who didn’t return her greetings or smile. Her daughter asked her one day, “Mom, why are you so nice to that lady when she’s not nice to you?” Her mom said, “I’m choosing to live my life to the fullest and be the best I can be. To do that, I can’t be at the mercy of any one or anything besides me.” To her daughter’s surprise, some weeks later the unresponsive woman began to return her mom’s greetings and smiles. Her mom engendered trust.

Seeking excellence is an outer symbol of a self-directed, fully engaged and accountable person. In order to live a life of excellence, a person must be attentive to details such as what he or she feels and wants and considers all the positive and negative consequences of their choices. They cultivate values and virtues and listen to inner wisdom. They are value-driven, and mindful of their outcomes. Their decisions are aligned. Their words, feelings, and actions are all reliable and stable.

Because they exercise mindful and honoring behaviors with themselves, others assume they give the same to all and they usually do. A person seeking excellence develops wisdom, patience, determination, and courage as they master skills and produce extraordinary results. Their values shape them into people of character and that inspires trust. We all know people who, in their very being, exude goodness, conscientiousness and reliability. They have done the hard work to become emotionally and socially stable and intelligent. They are self-aware and self-managing, aware of others and effective at managing relationships. The beauty of a life well lived inspires faith.

In a recent parenting class, I asked the mothers and fathers, “What is the role of a parent?” A similar question could be asked of any leader in schools, businesses, churches and other organizations. They all said, “To guide and teach my children.” I said, “No, it’s first to seek excellence in managing yourself because your children learn by your behavior, not your words. Then seek excellence in managing any issues you have with authority, for how can you be an effective authority with your children when you haven’t worked through resentments and rebellion to authority figures within and outside of you? Then, seek excellence with all your peers. Not just your spouse but your ex-husbands and ex-wives, your neighbors, your siblings and any other peers, for how can you influence the behavior of your children if you don’t have good relationships with them?” These then become parents children can trust.