Inadequacy: I Can’t, So Leave Me Alone! 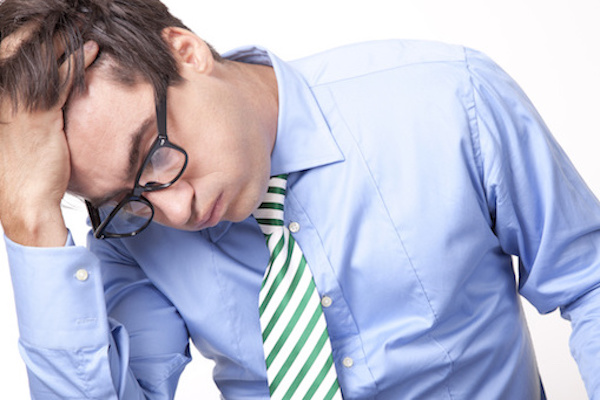 Ever know a person who feels like the human version of Eeyore? They assume “I can’t” and refuse to try. Their behavior communicates, “Just leave me alone”. They look and act pathetic. They embody “poor me.” They’re stuck in a pattern of misbehavior called the goal of inadequacy, one of five patterns you can redirect rather than punish or ignore. They act passive, slow, stricken, confused, depressed, helpless, defeated, bored, tired, and without ambition. They underachieve, avoid risks, are surrounded by disorder, and frequently ill, isolated and calamitous. Their deepest need is “Have faith in me. Don’t give up on me!”

When you’re on the receiving end of this goal, you have pervasive, frequent feelings of pity, despair, worry, concern and burden. You think things like “Wow, he needs help” or “What a loser. I give up.” Or “I’m just going to ignore him. He doesn’t even want to try.” You may become annoyed after your initial worry.

Behavior you feel compelled to give is rescue and exemption. You rescue by coaxing, advising, offering incentives to motivate them and generally care-take and enable them. Your speech is careful, apprehensive and indicates your buy-in this person is fragile and needs handholding or protection. You make excuses for them and rationalize their poor results. If you exempt them, you lower your expectations, give them a free pass, show them special consideration or ignore them. You walk on eggshells. You notice you’re more burdened and responsible for their performance or situation than they are. Sound or feel familiar?

I once led a personal growth weekend with a teenage boy in this goal. He had mastered “hang dog” and had enrolled the room (especially the moms) in coming to his rescue whenever he was asked to take responsibility. He was so good at this I had to educate the group on his unconscious but influential use of this mistaken goal, even devising a hand signal to use when people started to rescue and exempt him. It was humorous to witness his mastery and my frequent need to use the signal!

When you rescue or exempt a person in the inadequacy goal, they further retreat into “there’s no use trying.” They act even weaker, more pathetic, less responsible and more passive. They behave as if, “What’s the point?” If you’re reading this thinking “Oh my gosh, I’m dealing with this”, you may wonder, “What can I do?” You can redirect this goal and here’s how:

Remain matter-of-fact, as if their claims of inadequacy seem absurd. They’re patient beyond belief in waiting for you to cave in and rescue them. They’re great at hesitation and an appearance of sincere struggle. If they leave without picking up responsibility, they’ve just reinforced their limiting belief.

When they offer an unrealistic solution, say, “Great first idea! What would be a smaller step you could take?” Wait until they’ve suggested something with a likely chance of succeeding and then ask for their follow-up or offer your own so you witness their success at a later date. Your goal is to collect hard evidence of their capability. Remember this thought, “I weaken others when I do or say what they can do or say for themselves.”

Your goal with the adults and children you lead as a parent, teacher or manager is to develop them into powerful, lovable, connected, contributing people. You must recognize and work against limiting beliefs based on fear. You must see their greatness. In the process you reinforce your own and help all to live to their fullest potential!As published nationally in Women’s Journals, June 2011