What You Look For You Will Find 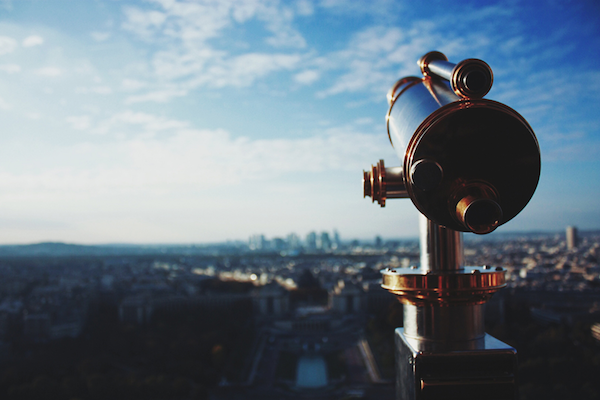 One of the great benefits and challenges of growing up is choice – consciously exercising it that is!  We are always choosing, we just don’t always ask ourselves what, how and why we are choosing.  Our focus makes all the difference.

I had a huge aha experience regarding this.  I was working in a client site feeling frustrated with two of the people I was coaching because I worried I was not getting through to them.  They often came late or skipped sessions, didn’t complete assignments and when they showed up, they didn’t seem open, willing or ready to consider what I was providing. They often challenged me, put down my ideas and suggestions and seemed in general, to be pessimistic.  As a result and like many people in this predicament, I began to take this personally and started thinking I was “not enough” in some fundamental way.

Yikes, Enough or Not Enough?

In time, I came to realize that my choice of this perspective took on a life of its own and the more I looked for, affirmed and focused on evidence that I was “not enough”, the more proof seemed to show up that further convinced me I was right.  I also began to notice that my choice to see myself in this way facilitated discouragement in me and frustration towards my clients which in turn led to them feeling and thinking they were not enough either and so a vicious cycle began.

One day I decided to make a conscious switch to look for where I and my clients were enough. Immediately, I could feel my mood shift.  I acknowledged to myself that their attendance and my own was actually impressive because I was presenting an innovative, counter-cultural approach not easy to offer or adopt. I also remembered they had to give up planning and other activities they normally used this period of time to complete and their willingness to struggle with me and themselves showed they were interested enough to consider the information and secure enough to express a full range of feelings.  In fact, I started to realize that coming to sessions at all was impressive, since they had been ordered to do so by their boss.

As I focused on affirming my own “enough-ness” and theirs too, I began to gain a sense of peace and joy in going to this client site.  I became better able to meet each of these two people exactly where they were at rather than wishing they were somewhere else on their learning continuum.  They could feel this response and became receptive.  I started to focus more on their top priorities rather than mine. Because I stopped trying to prove something to myself and them, they felt the lack of pressure and judgment and they opened up even further; and so it continued.

Are You Saying No or Yes?

Shortly after this experience, I started to see where not only had I been looking for (and finding) “not enough” in my relationships and life experiences, I also realized that I had been looking for (and finding) instances of people saying “no” to me rather than “yes”, a variation on this same theme.  For example, one of my instructors committed 30 hours per week rather than 40 and I focused on the 10 she was saying “no” to me rather than the 30 she was saying “yes”.  Or one of my children was saying “yes” to help around the house 5 days a week and I focused on the “no” to me during the other 2 days.  When I began to really notice this, I had a realization there were so many “yeses” I was missing out on simply because I was so poised for and focused on “no’s”.

What I also came to see is that this perspective made each person who was committing anything to me feel like I was not receiving what they were giving. In the dissatisfaction I was communicating, I was actually discouraging others from giving more of them-selves and then used their eventual diminished support or withdrawal as further evidence that people said “no” to me rather than “yes”.  It was as if they were giving me gifts and I was always rejecting them, not realizing that I was drying up my own sources of blessings, care and abundance.

When I realized this, I began to consider the tremendous cost this had had in my life for many years.  And as I started to switch out of this focus, I noticed that people became more fulfilled and happy about providing services and consideration to me because I was now fully receiving what they had to offer, looking for and affirming their generosity rather than negating it.  As a result, people started showering more and more assistance and thoughtfulness upon me.  I found myself experiencing greater joy because my appreciation furthered my ability to now savor all the abundance right in front of me that I had been previously filtering out.

Investing in Lack and Fear or Generosity?

Looking for “no’s”, for deficiencies, for errors, for shortages, were all ways I was confirming lack and fear in my life. Upon reflection, I realized I was not alone in buying into a common belief system of our culture that on some level assumes it a good, protective maneuver to be on guard or cynical.  This view could not be further from the truth; the very practice of looking for deficiencies was the most harmful way I could choose to live.  My new awareness of this gave me the freedom to reframe everything in a positive light.  And what I focused on multiplied.

With self-awareness and self-management, I now experience consciously the importance of perspective and my choices about what I look for.  If I look for a sinister intention, suspicious motives and uncaring behavior from others I play my part in creating this reality.  Or I can assume that people in general are always doing their best, most of them are caring and generous and that if they are not acting in a thoughtful manner, they have good reasons that will only shift if I choose encouragement and to have faith in them.

It’s not enough that I simply acknowledge this to myself either; I must be on guard against my conditioned practice of committing to lack and fear.   Rather than choose this perspective, I school myself to look for any and all signs of the love and care available to me in each moment, however small the kernel may first appear.  The choice and the lesson in front of each of us is this:  be diligent in what you look for because what you look for, you will surely find!

Business owners, community leaders, and educators hire Lifework Systems because they want the advantages of an extraordinary workplace and recognize a systems approach ensures consistency and sustainability in the transformation process. They know that conscientious employees grow your business and improve your reputation, giving you competitive advantages. We help organizations instill into every person a common language and toolset for how to participate in a responsibility-based workplace. Visit our website at www.lifeworksystems.com, and click the link at the bottom to complete a culture assessment and schedule your first consult to review a report on your feedback, all at no cost.