Realize the Gravity of the Situation 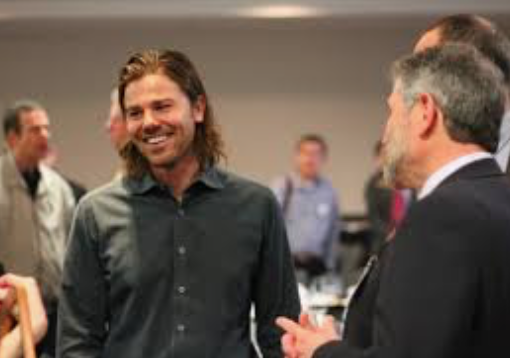 Dan Price, CEO of Gravity Payments recently made a landmark decision to take a pay cut from $1M to $70K annually in order to pay each of his employees the same. His decision has sparked controversy.

What Kind of Workplace Culture Do You Want?

As a people, we are at a crossroads. The challenge facing us is, “Are we going to live life from the same short-term reactiveness popular among the majority for centuries, or create a new normal in which the far-reaching implications of our actions are considered as a top priority? Are we a society of “survival of the fittest” and “dog-eat-dog” or are we ready to create from win/win, mutual respect and trustworthy teamwork? If we choose the first, it is without consideration of the tremendous, documented costs financially, emotionally, physically, spiritually, and socially to everyone.

The vast majority of people are good at focusing on consequences to themselves. It’s the way we’ve been conditioned and is a throw-off from more primitive survival states that no longer exist and were never served by this approach anyway. That’s why many feel uneasy about our schools and our corporate environments that too many flee from when they can. For a long time it has been the mainstream way: to focus on immediate and narrow gratification, and often with disastrous results. Dan Price is a notable exception.

Some say Dan’s a socialist. Others complain that some people should not be paid the same wage as they or that they are now shackled to unmotivated co-workers. First, we live in a socialist society to a large extent now, but it’s one governed by freedom of choice through our democratic process. No one is holding a gun to Dan Price’s head saying he has to give everyone $70K. By his own admission, he says he is practicing good business, making decisions today he believes will bring a higher ROI in the long run because “people work better and serve more effectively when they are not worried about paying the bills.” As to the other complaints, I can’t help wonder if these same people have considered the long-range benefits for everyone, including them, and that a commitment to excellence is in itself at odds with keeping unmotivated people around!

In my own work, I see this resistance to a win/win mindset and the fear that it will somehow reduce creativity and productivity, dampen joy and hold up progress. Nothing could be further from the truth and the research on positive workplace culture bears this out. The resisters don’t seem able to tolerate the idea of abundance, the power of a caring team, nor have faith in encouragement or processes designed to make sure everyone wins.

As I count myself among Dan’s fans and people like him, I will say the reason I appreciate what he is doing is because I believe in his premise that when people have their basic needs met, most will get busy giving excellent service. Beyond our basic survival needs (found to be comfortably managed at $70K for most), we all need (and long) to feel a sense of belonging and significance. When we are free from worry, we want to create, support and serve. We are free to get along, get inspired and get more done. It’s what happens when we are given opportunities and the means to create, from a purpose and value-driven business leader.

The world needs change agents like Dan Price. That’s because big and meaningful shifts don’t happen on their own. They must be made by courageous, bold, confident leaders who are genuinely interested in what motivates people, and who value relationships. The Dan Price’s of the world make their commitment to create meaningful impacts more important than taking the well-worn path to the status quo. And for that, they will always garner admiration as well as derision. I invite you to consider the gravity of this situation for YOU. Consider what we have made of our world and reach inside for your inherent social interest and faith in people. It’s so much more satisfying than immediate, individual gratification alone. It is the practical application of love.

Judy Ryan (judy@LifeworkSystems.com), human systems specialist, is owner of LifeWork Systems. Join her in her mission is to help people create lives and jobs they love. She can be reached at 314-239-4727.