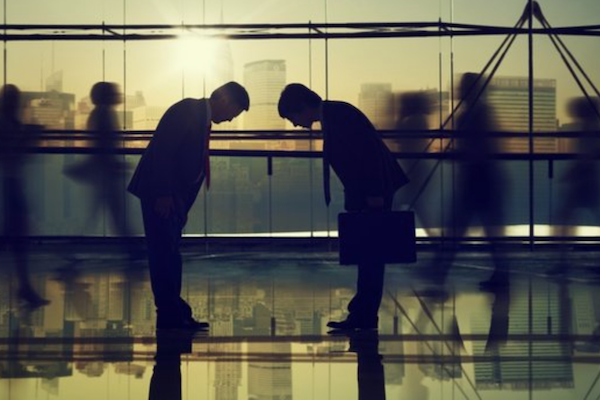 Respect is making the needs, perspectives and feelings of others as important as your own. A win/lose dynamic has gone on for many years and still continues today. Evidence of this shows up in our relationships between unions and management, genders, races, religions and between adults and children, to name a few examples. It’s one of the greatest reasons we have such problems in our schools, homes, neighborhoods, churches and workplaces. A lack of unconditional valuing in each person and between people is wholly destructive.

I always pair the word respect with mutual because one is not possible without the other. In my work with clients, I teach that we are addicted to control methods in our homes, schools and places of business because we do not have mutual respect for one another. We misbehave because one person puts their needs as more (or less!) important than understanding and fulfilling another’s. Again we have no mutual respect. The lack of unconditional valuing is at the root of all organizational and individual dis-ease.

It has only been a few centuries since our forefathers and mothers made a significant exodus from Europe and the monarchy, where the king was the king and the duke was the duke and it was no longer tolerable that one had to bow and scrape before the other to avoid a beheading. So, to combat this, many of our ancestors’ risked life and limb to stand for liberty and equality, and fled to America.

And even though we theoretically set up a system of checks and balances and created a Bill of Rights and a Constitution in order to value and respect one another, we actually brought over the same win/lose, superior/inferior dynamic that had always been at the core of the monarchy model. It was familiar and comfortable and we often slipped into our roles without full awareness.

Those who migrated to the superior position wielded power that was often viewed as authority. This group largely included wealthy, white men. Those in the inferior position included the Native American Indians, slaves and other minorities, women and children. The inferior group usually felt oppressed and responded with anger, fear, resentment, hostility and revenge. They sometimes banned together to rise up against those in the superior position, reversing the win/lose dynamic and creating the same feelings due to retaliation. Rather than authority, their growth in power was viewed as rebellion.

This win/lose flip-flop has gone on for many years and still continues today. It’s in our union-to-management relations, our male-to-female relations, our race relations, and between adults and children, to name just a few examples. It’s one of the greatest reasons we have such problems in our schools, homes and workplaces with relationships, engagement, productivity and trust. The foundational lack of unconditional valuing in each person and between people is wholly destructive.

In order to have respect, every person is responsible to see and claim their value; they must refuse to play an inferior role by accepting lower wages, lesser opportunities, staying quiet out of fear or other inequities, nor play a superior role, taking advantage of their position, power, wealth and more. When I work with clients, I help them look at tendencies on the part of those in the inferior or superior roles to undervalue themselves and each other.

There was a time where I viewed the superior-minded people as the “bad” guys and the inferior-minded people as the “victims.” In many cases that has been true. What I see now is that neither position values and respects self or others. One takes what they want in order to look and feel important, while the other plays small because they believe they are inadequate. Both are extrinsically motivated by the need for love, acceptance and approval from others. Deep down inside, each thinks the opinions, assets and position of others as more important than their own and fail to exercise the self and mutual respect that is always delivered peacefully but firmly.

No matter which side of the see-saw, people mutually cooperate in the win/lose, undervaluing process.

I recently read that the greatest teacher to learn from is death and that most of us often wait until we are on our deathbed to learn from it. Let’s let death teach us about respect right now. No matter what our age, intelligence, race, gender, health or wealth, we all end up in the same place. We are more alike than different. We are all precious.

When we decide to put down the win/lose dynamic, drop the superior/inferior mindset and respect the thoughts, feelings and needs of our self and one another mutually and unconditionally, then and only then can we live in the state of trust needed for organizations and individuals to grow, flourish and remain vital.

In order to have respect, every person is responsible to see and claim their value; they must refuse to play an inferior role

Advice: Live by the golden rule. It’s a great equalizer.