Did You Hear What I Meant to Say? 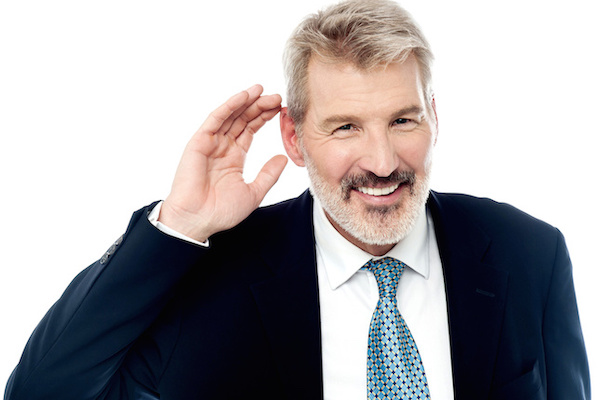 Have you ever thought you had an agreement or understanding with someone only to find you didn’t? You thought you were clear and direct in a request, and ended up disappointed. Or have you responded to a request, only to find someone frustrated with you? Could it be that someone didn’t hear what you meant to say? And if so why?

Part of the problem is that we rarely say what we really mean. Often, we haven’t accurately expressed – in our requests or in our responses. We skip crucial questions such as, “What am I feeling? What do I want? How do I want to experience myself in this moment?” As a result, we often betray ourselves which is the root of many ineffective and distorted communications.

I learned first-hand how consistently we do this when I was on a retreat. The first instruction we received was to respond to all questions. For example, “where do you want to eat?” required a moment’s reflection and a specific answer. If asked “what time do you want to start in the morning?” we were to decide, speak out and so on. This did not mean that everyone would necessarily receive everything asked for but rather, it was important to decide, put our stake in the ground and proclaim our answers.

Also, if we wanted something, we had to ask for it directly. Each of us was more uncomfortable than we anticipated. I often felt like a deer in the headlights over the simplest questions. If another person named a restaurant, I then felt discomfort about naming a different restaurant when it was my turn. Once I asked someone, “What are you ordering to drink with your meal?”, only to have her respond, “why are you asking?” I realized in that moment, I wanted to split a milkshake with her and rather than say outright, “I want to split a milkshake with you, will you do that?”, I beat-around-the-bush trying to determine her receptivity before committing to my question.

What I want is… and Are You Willing?

Why is it so difficult to say out loud, “What I want is… and “are you willing?” Most people would rather say, “What I need is… or what I was hoping for… or I sure wish…”

Part of the problem is that we received a lot of childhood messages we were selfish or bad when we openly expressed “I want”. We also came to fear we’ll receive a “no” and won’t know how to handle it, either because we’ve not seen good modeling in how to respond nor have been given adequate guidance in managing disappointment or negotiating.

We were often punished or criticized for our persistence in asking for things from adults who were uncomfortable about their own wants and needs or didn’t feel ok about saying ‘no’. Then, in time and because of mixed signals, we stopped trusting ourselves to say ‘no’ or ‘yes’ honestly, and we began to fear others wouldn’t either. We decided it was better to just hint about what we wanted, rather than make our request so clear and direct as to leave no room for doubt. This way, we could focus on others; we had more room to blame. We learned to take too much interest in the communication of others rather than our own.

One of the most interesting examples on our retreat was a strikingly beautiful woman in her late 30’s who wanted to discover why she was blocked in meeting her goal to be married. She strongly resisted asking for what she wanted, arguing she liked deferring to a man about almost everything – where to go and what restaurant to eat in, or what movie to rent. She insisted this made her feel ‘feminine’ and none of her choices mattered that much to her. She came to realize that what she wanted did matter and if she was always deferring to a man, subconsciously she believed and felt, “If I have a man, I can’t have what I want.”

A responsible request is not a demand, complaint or an opportunity to criticize. It’s not even dependent upon an actual agreement which in fact could be withheld, despite an effective way of asking. Requests focus on what we want, not on what we pre-determine is possible or probable. Only then are requests fully straightforward and honest.

We feel powerful when we are direct, on-the-table about what we want and speak it, no matter what the outcome. The truth is we always know what we want and are usually angling to get it anyway. We often simply opt for a less powerful and honest way of communicating about it. Deep down, everyone respects a person who is direct, uncomplicated and clear about their requests.

Did you ever notice how often we squirm around when asked to do something and we want to say no? We’ll say “maybe” or “I’ll see” or “I’ll think about it”, act like we didn’t hear or understand the request, distort the circumstances or feel compelled to elaborately justify why we want to say “no”. We may even get angry at a person making a request because we don’t want to be called upon to decide.

The reasons we don’t like to say “no” are basically the same reasons we avoid direct requests. We were often punished or criticized for saying ‘no’. Adults modeled a lack of ease and self-acceptance about saying ‘no’. Then, because of so many mixed signals, we stopped trusting ourselves to say ‘no’ or ‘yes’ honestly, so we began to fear others wouldn’t either.

We decided it was better to resentfully comply, partially comply, avoid, or do something to sabotage delivery, rather than making the responsible commitment to saying ‘yes’ and meaning it or saying ‘no’ and meaning it. That way we could focus on how others were asking wrongly or in other ways divert our attention. We learned to take too much responsibility for the communication of others, rather than taking our own for deciding and expressing completely.

Mean What You Say and Say What You Mean

When we have the courage to check in with ourselves and accept whatever it is that we want concerning both our requests and our response to requests, we are then aligned and reliable in our communications and in our follow-through. We feel powerful and we strengthen our relationships with all whom we encounter. We gain a reputation for being a person of character; someone who is accountable. We are a person of our word and then…people hear exactly what we mean to say!

As published nationally in the Women’s Journals, June 2006