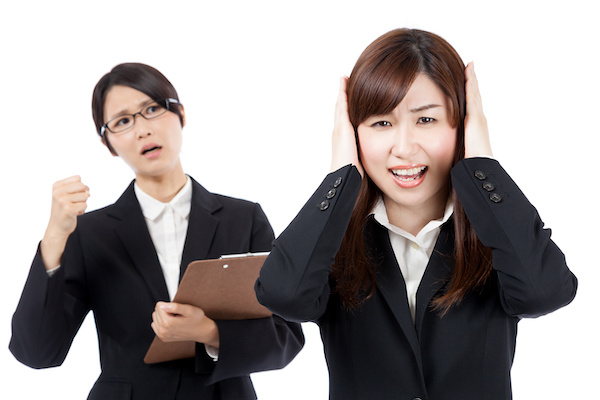 (The story in this article may be an example involving students, but the message for the workplace is just as relevant)

“As long as victims and bullies see themselves in diametrically opposed positions, (and they will if we don’t focus on the systems rather than “who’s to blame?” or “what punishment to exact”) rather than realizing they are both in the same camp; namely, feeling powerless, they will continue behaviors and thinking that keep them stuck in divisive and non-productive reactivity.”

It’s a leading news story everywhere we turn: Bullying. In the classroom, the workplace, the home, on the road and more: People everywhere are concerned about the sheer volume of disrespect and lack of civility in our society.  A bully is: a person who is habitually cruel, intimidating or overbearing, especially to smaller or weaker people. I broaden the definition to include any act in which we exploit perceived weakness.  The problem is not only that bullying is so prevalent; it is that we don’t always recognize the many forms it takes, or more importantly, the harmful systems we have set up that lead to and support bullying.

Exploitation of weakness is easily recognized when one person taunts and torments another with verbal or physical threats. At the same time, bullying can be subtle and socially supported as when adults overpower children, or through the many politically correct uses of arrogance, guilt tactics, weakness and fear to compete, pressure, manipulate, threaten or intimidate.  Recently in my practice, a 7-year girl admitted with a smile, “I get my dad to yell and go out of control by crying real hard and running to my mom.”  For each bullying tactic we know, there are many that go unrecognized.

I once coached an atypical 8th grade class in which a teacher had adopted skills to cultivate personal responsibility and leadership within her students.  Her system provided many opportunities for them to regularly feel powerful, lovable, connected and contributing— critical requirements for cooperation and caring behavior.  One day a student in her class rebelled against a new school-wide practice called “a peace pledge” where students put their hands on their hearts reciting, “I pledge to use my hands and my words for peace.” Unfortunately and ironically, another teacher made the pledge mandatory; threatening any child caught not participating in the pledge would be punished with a detention.  This student wanted to do the pledge, but understandably objected strongly to being forced (aka bullied) to do it.

If I were looking for culpability, it may appear that this teacher was a bully and the students her victims.  I first asked this student, “How do you think you and the others contributed to this teacher using threats?”  Because of the mutual respect and trust within this meeting, he described an overall lack of cooperation and respect towards the teacher, whom he and others persisted in viewing and gossiping about as bad, mean and hopeless.  He admitted he did nothing to provide solutions, and he made a new decision to change certain behaviors, as well as moving forward in respectfully asking her to withdraw threats. He then expressed his fear of being direct with the teacher. I explained to him that maintaining fear of her was, in itself, an act of hostility and a diversion from taking responsible action toward a helpful solution.  Fear is perceived as and is an attack because fear presupposes the other person as enemy and dangerous.  He agreed to speak with the teacher, working with us to design a respectful way.

We Must Cease Support of Bully and Victim Consciousness

What causes bullying in the first place?  The problem is we set up environments that include socially acceptable harshness, competition and bullying within homes and schools using the excuse, “kids have to get used to real life. It’s a dog-eat-dog world out there, full of competition and hard knocks.” Then we are shocked and amazed we have a bullying problem that is epidemic.  We collectively support bully and victim consciousness.  If I was coaching the teacher that issued the threat, I would help her to see that her behavior (in this case, use of force or control) contributes to the lack of cooperation in her classrooms, where she likely perceives herself as a victim to bullying students.

Regardless of the many possible choices this student could have made, if he maintained a view of himself as a weak, powerless and innocent “victim” to the big, bad, controlling “bully” teacher, he would likely either do the pledge in a state of resentful compliance (with continued passive/aggressive behaviors), feeling weak and ineffective, or directly rebel for no other reason than resisting control, settling for a sense of pseudo power, then be left feeling mean and vengeful. Now, there will likely be positive impacts for everyone because of a system supporting emotionally intelligent, assertive and self-directed responses.

Will this boy’s behavior now be more cooperative–or less?  Will he be more or less influential and respected? Now, it is very likely that what he thinks, feels, says and does will be congruent and he will experience self-respect because he has strengthened his inner authority (the very thing victims and bullies both need to develop) in a real-time situation.  With integrity, this student will now more often respect others, gain greater trust from adults and peers and be seen as accountable and reliable even when challenging the status quo.

Two Sides of the Same Coin, or a Whole New System?

As long as victims and bullies see themselves in diametrically opposed positions, (and they will if we don’t focus on the systems rather than “who’s to blame?” or “what punishment to exact”) rather than realizing they are both in the same camp; namely, feeling powerless, they will continue behaviors and thinking that keep them stuck in divisive and non-productive reactivity.  But, when adults and children learn to move out of the powerless mindset and become responsible, there is a positive shift, even though it may take multiple intentional interactions to completely shift a dynamic of dog-eat-dog to one of dog-feed-dog.  To dismantle bullying and other negative behaviors and outcomes, you must build trust, shift responsibility and set up new systems based on honoring one another and sharing power.

As published nationally in the Women’s Journals, February 2006