If Not Punishment, Then What? 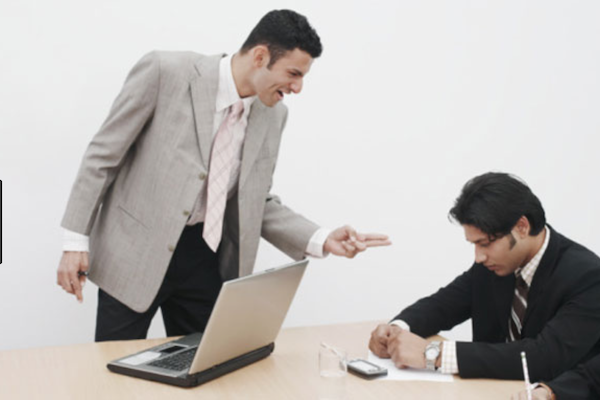 Toxic Shame is a neurotic, irrational feeling of worthlessness, humiliation, self-loathing and paralyzing feeling that has been inflicted onto an individual through repeated, traumatic experiences often, but not always, rooted in childhood.

When shame becomes toxic, it can ruin our lives. Everyone experiences shame at one time another. It’s an emotion with physical symptoms like any other that come and go, but when it’s severe, it can be extremely painful.

Strong feelings of shame stimulate the sympathetic nervous system, causing a fight/flight/freeze reaction. We feel exposed and want to hide or react with rage, while feeling profoundly alienated from others and good parts of ourselves. We may not be able to think or talk clearly and be consumed with self-loathing, which is made worse because we’re unable to be rid of ourselves.

Do people have to feel bad in order to be good?

What do you notice yourself doing, thinking and saying when someone provokes feelings of annoyance, anger, hurt, pity or inadequacy in you? Most of us in our efforts to improve the situation, react and draw upon controlling, harsh, disrespectful and counter-productive thinking and behaving. These may work in the short-term to squelch behavior and they exact a HIGH price too. The good news is that there are practical, honoring alternatives that leave you and others feeling and behaving better!

A client I’ll call Sandy met with me to discuss one of her co-workers Donna whom she described as “a horrible woman I work with.” Sandy said, “She puts me down, calls me names and is condescending!” Although Donna was arrogant and disliked, wreaking havoc on the team, she was also highly skilled, deeming her indispensable. Sandy was considering resignation. She wanted to know: “What could she do about Donna?”

A Misbehaving Person is a Discouraged Person

The root of all misbehavior is discouragement that arises when a person is frustrated in one of more of the four core feelings associated with a healthy sense of belonging ad significance. These include one’s need to feel empowered, lovable (NOT loved but rather seen and heard), connected, and contributing. If these needs are not provided for and well-supported, an emotional void develops, resulting in limiting beliefs and negative behavior. People then fall into an ‘inferiority complex’ and experience toxic shame, leading to uninterrupted struggles within them and between them and others, represented in every version of misbehavior one can imagine or experience.

Sandy needed to understand this because her natural initial reactions towards Donna were to avoid (flee or distance herself), protect (defend against), attack (fight) or freeze and be unable to undertake a resolution. I asked Sandy, “If misbehavior is in fact borne of discouragement as I am saying, does it ever make sense to counter Donna’s behavior with punitive, cold, dismissive or harsh responses that evoke more of the same?”

So… if not punishment, then what?

How should we handle negative behavior? You may ask, “When someone is acting awful, isn’t it necessary to teach them a lesson and let them know they can’t get away with bad behavior? Bad behavior IS unacceptable as is lowering standards or expectations. However, it’s time to challenge the widely-accepted (and promoted) cultural assumption that to effect positive change, we must use harshness (aka, No pain, no gain). Many are convinced that to do otherwise is to condone or cave in to bad behavior and fear that permissiveness, mediocrity and anarchy will otherwise predominate. The assumption is so prevalent that painless, honoring, and proven, highly effective alternatives are often overlooked.

Punishment is so popular because it often elicits immediate compliance and restores a sense of control when people feel powerless. Yet, overwhelming research shows that punishment does NOT inspire a commitment to positive behavior. Rather, it increases discouragement and reduces personal responsibility in both the givers and receivers of punishment. Why? Punishment is imposing an unpleasantness upon another person in an attempt to gain cooperation. All forms of it discourage, validate use of fear, pain, intimidation and hostility. Worse, punishment confuses the issue of love and discipline and contributes greatly to internalized toxic shame within all parties involved in a punishing transaction.

I helped Sandy learn and adopt a practice called Redirect, a key skill in which a person learns to recognize the specific motivations behind misbehavior and exert a more powerful and positive counter-influence to it. Redirect is a decision to interrupt an initial reaction to any negative behavior based in fear and inferiority complex. Reacting is quicker, easier and highly socially supported and promoted. Redirect requires courage, patience, skill, effort and self-mastery because a person must commit to memory (mind and muscle memory) five patterns and recognize the predominant one in play, and then implement the appropriate redirect steps dynamically in the moment in a heuristic manner. While redirect incorporates formulaic responses for every incident of misbehavior, each moment of misbehavior requires social awareness, and full emotional intelligence to manage self and any relationships involved.

The person using Redirect must resist a misbehaving person’s powerful influence to buy into their worst fears; the bait they cast in order to gain support for their fearful beliefs. Redirect requires determination to win over a discouraged person rather than they winning you to their negative mindset. Redirect requires winning over this person until they see themselves in their truest, best light despite their strong resistance, tendency to ‘up the ante‘ and their fierce determination to enlist you as an accomplice in supporting their fearful private logic. An individual’s private logic is premised upon the person’s unique evaluation of self, others, and the world, and what is required of him or her. To make matters more complicated, private logic is based upon convictions, which are not usually in awareness within the individual. Only when all of this fails does the discouraged person determine to move in a positive direction in their thoughts and behaviors.

Sandy chose to apply Redirect in her relationship with Donna, who frequently played out a pattern called the Goal of Significance. When in this pattern, Donna was triggered into her deep-seated belief, “If you didn’t need me, you wouldn’t want me.”  When feeling inferior, she acted superior to elicit invalidation from others, all to prove true her unconscious, fearful and mistaken belief that she is ‘not enough’.When a person is in this goal, those who do not recognize it, generally give the desired put down or invalidation because they become disgusted and angry and do not know they are triggered in any part of themself that worries they are also ‘not enough’.

Fortunately, once Sandy understood this dynamic, she chose Redirect to help Donna dissolve her false and debilitating view of herself. She did this in the following steps. First, she meticulously looked for and found many of Donna’s assets, talents, gifts and value on the team and communicated these to her using specific examples. In this way, rather than invalidating Donna, she validated her. When Donna upped-the-ante (when a person first resists the positive influence of Redirect more assertively), Sandy was ready for it and responded by restating Donna’s words and feelings. At the same time, Sandy invited Danna to provide service to others and herself and let her know that she was needed on the team for the good of others. She helped Donna shift from her competitive stance of puffing up and competing with the worth of others to engaging in service to others and experiencing the much greater and authentic satisfaction and self-esteem that comes with helping others.

Donna became hooked; helping was much more gratifying than the fleeting, pseudo-satisfaction she formerly gained when puffing up and competing with other so she would feel the most special. The Character-Building Stretch: To Redirect Donna at her worst; while she exhibited and even amplified her most arrogant and boorish behaviors.

Sandy experienced Redirect as effective, fulfilling and in support of the four cord needs in herself and Donna (to feel empowered, lovable, connected and contributing). Redirect felt good for her because she didn’t separate, protect, flee, attack or put or leave Donna in the ‘Monster Box.” This is when we have written someone off as ‘evil’ rather than discouraged. Instead, Sandy used all four emotional intelligence skills. She was self-aware, managed her part in the exchange, aware of other (in this case Donna) including what mistaken goal she was seeing and managed that relationship rather than let Donna’s discouraged state win the day. These competencies proved to be effective not only with Donna but in all areas of her life, work and health.

In time, Donna became one of the greatest contributors on Sandy’s team. No one was thrown away. Donna no longer needed to use her sizable stockpile of assets and talents for competition and to unconsciously seek invalidation. Instead, she began using them to support and help many people. Sandy gained a loyal, gifted and helpful friend, as well as new abilities that helped develop her character and ability to influence and connect, all leading to favorable impacts in many other areas of her personal and professional life. To learn more about and directly experience Redirect yourself, contact LifeWork Systems today. You will find that an entire new world opens up to you as you begin to understand the causes and effects of healthy human systems!

This article was published in The Women’s Journal, the first article in Judy Ryan’s column Emotional Intelligence, December 2005.